I have never been much of a coffee drinker.  In fact, I can barely handle green tea.  I love the flavor of both, but it’s the caffeine that my system can’t tolerate.  I feel nauseas, sweaty, shaky, and I can’t focus on anything.  Every time I drink it I think, “Why?? Why do you have this fantasy that this will somehow be different today when you get sick off of it every time??”  I’m a slow learner.

I wish I did like it because I’m not much of a morning person.  Here is a picture I drew of what I look like first thing in the morning:

But it’s really only once or twice a year that I take another stab at being a coffee drinker.  I love the smell of it, and the routine is one that I envy.  When I see the perfect way it is incorporated into people’s mornings, how it functions like a beautiful, aromatic bridge between the dreamworld and waking life, I feel a longing in my heart.  Like there’s something missing in my life.  The only routine I have in the morning is burning my eggs and setting the smoke alarm off.

On the plus side, I usually make a tons of friends when I’m on the stuff.  Just ask anybody I work with who’s seen me after half a cup o’ joe; I don’t shut up and I’m suddenly interested in every single customer who comes up to the counter.  Despite the nausea, I can’t seem to get the thoughts out of my brain fast enough, and I’m full of so many good ideas I can’t believe there’s only one lifetime to complete them all!  And then by the time I finish I want to hear every single thought and amazing idea in other people’s brains too!  It’s awful.

One time I was offered 2 jobs in one day while working at the ski area.  Don’t ask me how because I wasn’t looking for a job and I don’t remember how I ended up in conversation with these people.  I just woke up the next morning to find 2 business cards in my pocket with notes scribbled on the back to update my resume.  I was blackout high on coffee.

So anyway, I don’t drink coffee.  When I’m tempted, I have to tell myself “NO!” really sternly, like somebody reprimanding a dog that’s sneaking toward an unattended plate of food.  “Don’t even THINK about it, sister.”

But one day on the bike at a mobil station I was really worn out, even after I ate enough food and drank enough water.  (Those are the two things I have to check when I get cranky).  So I thought, why not get a coffee.  It’s a gas station, how strong could it be anyway?  I went inside, poured a styrofoam cup half full, paid $0.85, and slowly sipped it while munching on some jerky.  I didn’t notice much of a difference right away.  But after I tossed the cup, put on my helmet, and pulled back onto the freeway, I FELT AWESOME!!!!

It turns out coffee is the most awesome thing in the world when you’re riding a bike!!  Many would argue that it’s just the most awesome thing period, but this was like the most energized and happy I’d felt in a long time!  I was in love with the gloomy clouds in the sky, the congested traffic, the exhaust I was breathing in from the semi up ahead- I even loved the guy who cut me off and almost clipped my front wheel.  I swear a bird could have shit on my visor and I would have loved that, too!  Everything was just great.  I didn’t even mind it when MC Magic came onto my ipod for the 85th time.  (How he got there in the first place I don’t know, I’ve been meaning to clean out my music for months now.)

So here it was: the experience I had been missing out on all these years.  This is what what my friends felt each morning as they sipped their lattes and espressos.  This was how my classmates finished their assignments on time.  This was why my boss yelled at me every time I opened the office and forgot to turn on the coffee pot.  It was as if I had finally received the invitation to this mythical, super hopped up party that you could only be transported to via these magical beans.  At last.

So naturally, since I found an environment where coffee was suited for me, I decided to overdo it.  Well, I didn’t decide to, I just did.  I guess that’s why they call it a drug, the control is ripped out of your hands.  I think that the intensity of riding- the loud engine, the shaking handlebars, the rushing wind, and the focus it requires- must absorb the normal nausea and shakiness I experience with caffeine and leave me with just the good part.  I was drinking this stuff twice a day- just watery, gross, gas station coffee, and I was loving it.  Riding felt great.

One day I found myself on a long, country road surrounded by horses and cows on my way to Cleveland, Ohio.  Normally I don’t need to use the GPS, but since I had decided to avoid toll roads the suggested route was complicated and required turns every 20 miles or so.  I stopped to fill up at a gas station, chugged a full cup of coffee, and continued on my way.

I had been riding for about 20 minutes or so when I realized that I hadn’t heard Siri say anything for quite awhile.  (I use my earbuds to listen to the gps instead of looking at my phone, it’s way safer).  I felt a little shaky from the coffee but could hardly tell on the bike.  I decided to pull over and check my phone just in case I had accidentally switched it off at the last stop.  I found a dirt turnoff, pulled the bike over, and began to lean it onto the kickstand.  This is what happened in my head in very, very slow motion:

“Alright, just gonna stop and check my phone real quick.  Put the bike in neutral, check.  Lean it onto the kickstand- lean, lean, ok wow, that feels like it’s leaning pretty far.  What am I on a curb or something?  Still leaning.  Maybe the dirt is really soft?  Lean, lean…Wow leaning even farther, eh?  Ok Kristin, did you put the kickstand down?  Ummmm…I don’t remember.  Ok yeah.  Definitely didn’t put the kickstand down.  Well, let’s just try to pull the bike up before it’s too late and then put the kickstand down.  Wow that’s heavy.  Dang, that is a lot heavier than I expected.  It’s too late isn’t it.  Yup, it’s too late.  Bike’s going down.  Down you go.  There it is.  Just set it down gently.  Eeeeasy does it.  Wow.  You just dropped your bike.  Good job.”

This all happened in the span of about 2.5 seconds.

So there I was, on the side of the road, standing next to my bike, which was on it’s side.  I turned the engine off and started to scratch my head, then realized I still had my helmet on.  I pulled my helmet off.  I didn’t realize how much my hands were shaking from the caffeine until I was off the bike and everything was quiet.  Cars were passing on the road and I prayed that they couldn’t see me.  So humiliating.

I think the only thing that got that bike back up was a combination of coffee and the adrenaline shooting through my veins from dropping it.  I stood on the left side, placed a hand on each handlebar, and with my knee under the seat I puuuuuushed the bike about half way up in the lunge position.  I rested the seat on my hip and took some deep breathes, I was so winded.  I could feel my arms and legs shaking just holding the thing there, but I knew I wasn’t ready to push it the rest of the way up, and if I let it back down I wasn’t going to be able to get it back up again.  I kept telling myself that there was nooooo rush to get the bike in place, except for the lactic acid building up in my quads.

After a few minutes I felt ready to continue, so I took a deep breath, started to push with everything I had, then realized that if I pushed too hard it would tip over on the other side.  So I backed off slightly and tried to control the amount of force I was using, but with shaking arms and legs it was hard to gage.  Whatever I was doing I just slowly and patiently kept at it, then eventually I got it to stand upright.  I felt flooded with a wave of relief.  I stood there for a few more minutes, unable to find the energy to put the kickstand down so that it wouldn’t fall again.  I was content to hold the bike for 5 or 10 more minutes while I caught my breath.

While holding the bike I heard a vehicle pull up behind me, and turned around to see a man in a truck pulling a long trailer behind him.  “Oh! You got that thing up!”

I tried to act cool and cover up how much I was shaking and how hard I was breathing.  Still holding the handlebars I said, “Yep, it’s all good.”

He said, “I passed you coming the other way and decided to turn around to see if you need help, everything ok?”

“Oh yeah,” I said casually, “Just forgot to put the kickstand down, like an idiot.”  I could feel my head pounding from trying to hold my breath so he wouldn’t see how winded I was.

He laughed.  “Hey man, we’ve all been there before, believe me.  Well I’m glad you got that thing up by yourself, that’s pretty impressive!”

“Thanks!” I said, “And thanks for pulling over!”

“No problem,” he waved, and drove off.  As soon as his window was rolled up I started gasping for air.

Eventually I got the kickstand down, and I just sat on the bike catching my breath.  I suddenly remembered why I had pulled over and checked my phone to see if Siri was still around.  Indeed she was.  My next turn wasn’t for another 18 miles.  It took another 20 minutes or so for the shaking from the adrenaline rush to subside before I got back on the road.

One thought on “Coffee: The Drink of the MotoGods” 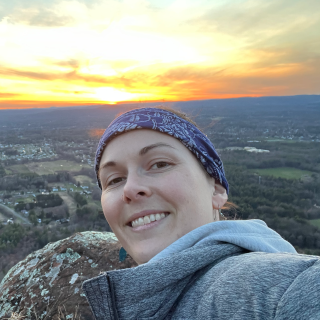